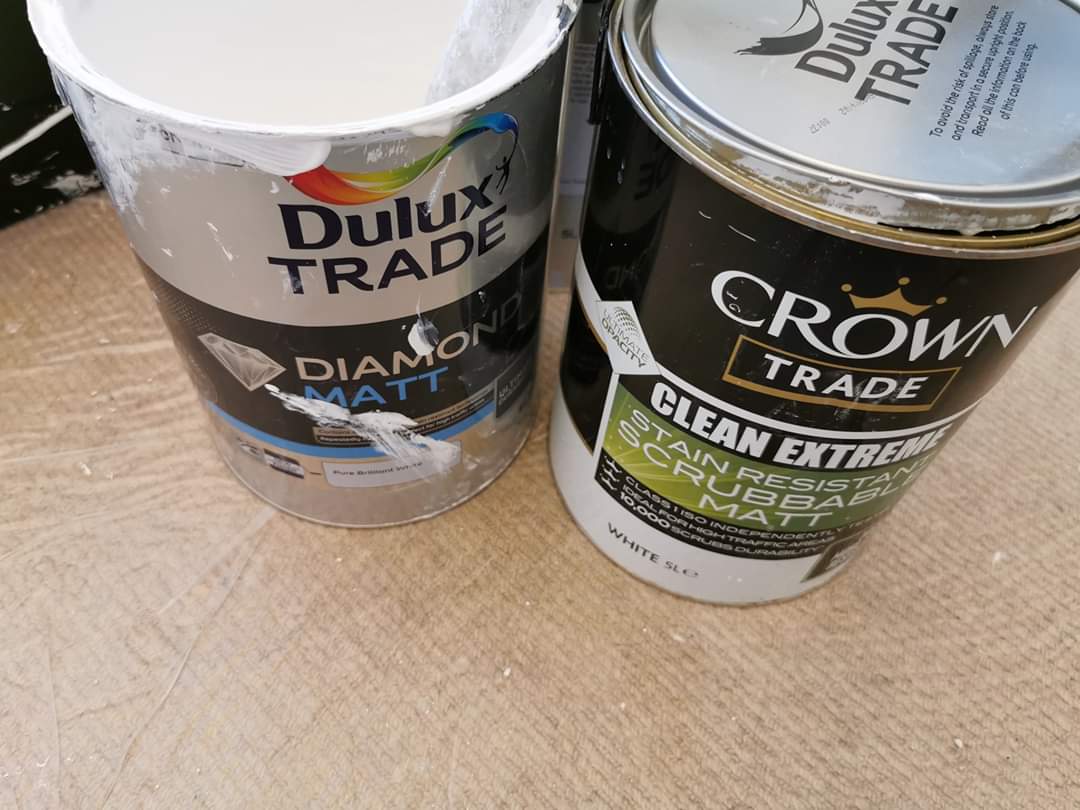 I have been a professional decorator for the past 17 years. In that time, I have used a lot of different paint brands. This is my unbiased guide to the main trade durable matt emulsions on the British market. I hope you find it useful when deciding on paint for your job.

The shelf price for this gear is just over £70 for a 5L tin in a colour, so it’s a bit on the pricey side. You can have it tinted into any colour from Dulux’s extensive colour range and it is available from any Dulux Decorating Centre, as well as plenty of other outlets. The opacity is good, and the application is quick and easy. Unfortunately, the sheen level of this product is a tad high, which leads to a few problems with regards to finish. If you’re not careful you will end up with visible roller marks and picture framing. Overall, I’d give this product 4 / 10. For its price you would expect it to perform a lot better than it does.

The shelf price for this gear is just over £70 for a 5L in colour so it’s roughly the same as the Dulux Diamond, however people with a trade account will get a nice discount. You can have it mixed into any Johnstone’s or Leyland colours and they’re pretty good at matching other brands too. You can buy this directly from Johnstone’s Decorating Centres, or online from Paintshed. The opacity in light colours is poor, however the stronger colours tend to cover well in two coats. The sheen level is probably a little bit higher than you’d want, however the overall finish of this product is relatively good. It will clog your brushes on a hot day but that’s only a minor gripe. I use this product as a professional decorator and have a lot of confidence in it. All in all, I’d give it 7/10. It’s worth mentioning that Johnstone’s also do variations of this product which are more durable.

Johnstone’s perfect matt is well worth mentioning. The finish is a dead flat rich matt, which any interior designer would love. This is a premium product with a premium price tag and although it claims “durable”, it may well be the least durable paint on this list. It is, however, probably the nicest emulsion you will ever use. No roller marks or picture framing, even a child could get the perfect finish with this emulsion. If price is not an issue, this is the paint for you. I would go for this over any of the designer brands I have ever used.

Shelf price in Crown is currently just less than £50 for a 5L in colour, which is cheaper than Dulux and Johnstone’s. You can have it mixed into any colour from Crown’s range as well, and they do scan colours in store if you need it matching into something else. I absolutely love this product, the sheen level is closer to a flat matt than Johnstone’s and Dulux, you get less issues regarding the overall finish and it is an absolute dream to apply. Not only that but it is the most durable out of all the products I’ve just mentioned. Opacity is good, apart from in white. I’d suggest if you are painting over a colour with white, you’re better off giving it a coat of white vinyl matt, followed by two coats of Clean Extreme. I’d give this product 9/10 and honestly believe it to be the best durable matt emulsion on the market.

Tikkurila only have around 1% of the market share when it comes to paint in the UK, if that. But it is growing in popularity. Optiva 5 is Tikkurila’s durable matt emulsion. We’re talking about a durable emulsion with a 5% sheen level, which is amazing. It can clog up on your brush, but flow is generally good. As are opacity and finish. It is fairly cheap if you have a trade account, but will cost you a bomb if you don’t as it is only really available from trade counters. The only little gripe is the durability, which I don’t think is quite as good as the others.

WRX wall paint is only available in white and will cost you the grand total of £40 when purchased online at TopDec Decorating Supplies. This is quite an interesting paint. It goes on lovely, however can pull on itself. To compensate you must cut and roll one wall at a time. It is a very durable product and contains fungicide to prevent mould growth. This makes it the ideal paint for a kitchen or bathroom where condensation can be an issue. The opacity and finish of this paint are absolutely second to none and if you’re looking for white, I’d recommend you try this paint.

Available in B&Q, Goodhome durable matt is one of the only retail paints decorators seem to like. You can buy this paint in white, or tinted into a handful of colours and it is easily the cheapest product on this blog. The brilliant white is also one of the best emulsions to use on a ceiling as there is little in the way of flashing or picture framing. Decorators often refer to Goodhome as “white gold”!!

I’d say the finish in white is better than any of the tinted colours and it isn’t very durable compared to other products on this list. Pound for pound it is possibly the best value paint out there.

Kitchen and bathroom emulsion which are sold from DIY shops or B&Q does have its place on the market. Made buy all the big three manufacturers, Dulux, Crown and Johnstone’s, retail paint is made to a tighter budget. Because the manufacturers cut costs to keep the price of retail emulsion down, the quality and standard of the paint is much lower. Retail emulsion will not be as durable as it’s trade counterpart, nor will the finish be as good. No professional decorator will buy this paint. If it doesn’t say “trade” on the tin, leave the tin on the shelf.

Where to buy Durable Matt Emulsion

If you are eligible for a trade account, you may be better going directly to the source to buy your paint. So for Dulux, you can go to Dulux Decorating Centre etc. If you’re not a professional decorator, then you may be better buying your paint online. The Paintshed is a great website which sells Dulux, Crown and Johnstone’s paint at relatively low prices. CLICK HERE to visit the Paintshed.

Professional decorator Mike Cupit writes a full and honest Dunlop caulk review, a product highly regarded as one of the best in the industry.

Professional decorator Mike Cupit writes a full and hones Terraco Handymate filler review, a range of products designed for interior and exterior use.

HB42 Caulk Review – Everything You Need

Professional decorator Mike Cupit writes a full and honest HB42 caulk review – by far the sexiest product of its type on the market.

Professional decorator Tom Holloway writes a full and honest review of UtraGrime Decorators Wipes. Handy for any trade or around the house. 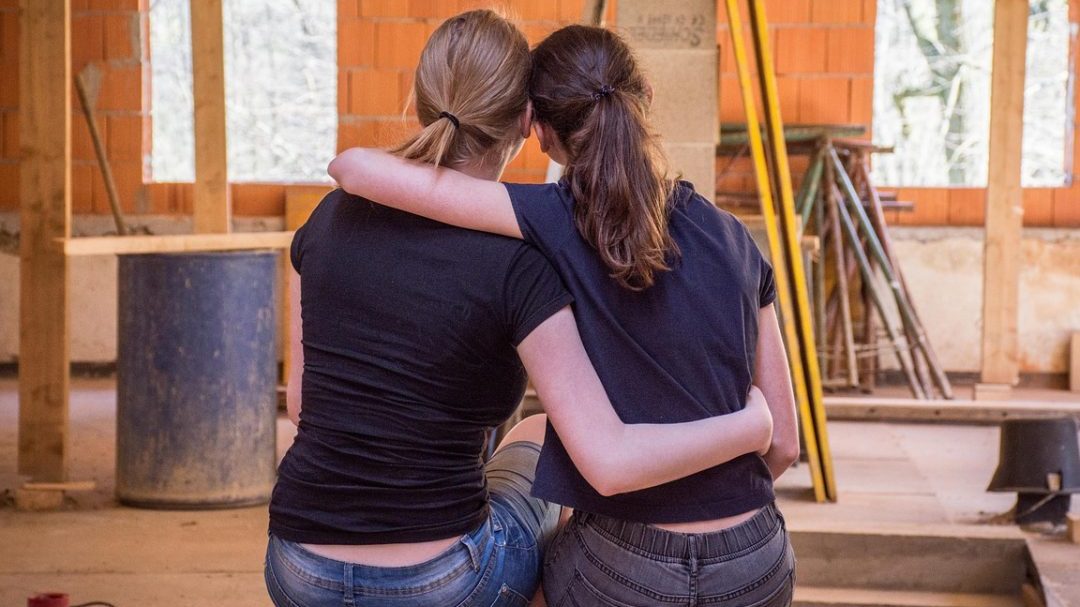 5 Tips to Help you Start a Construction Business

This simple guide gives you 5 tips to help you start a construction business, which will help any budding entrepreneur in the building industry. 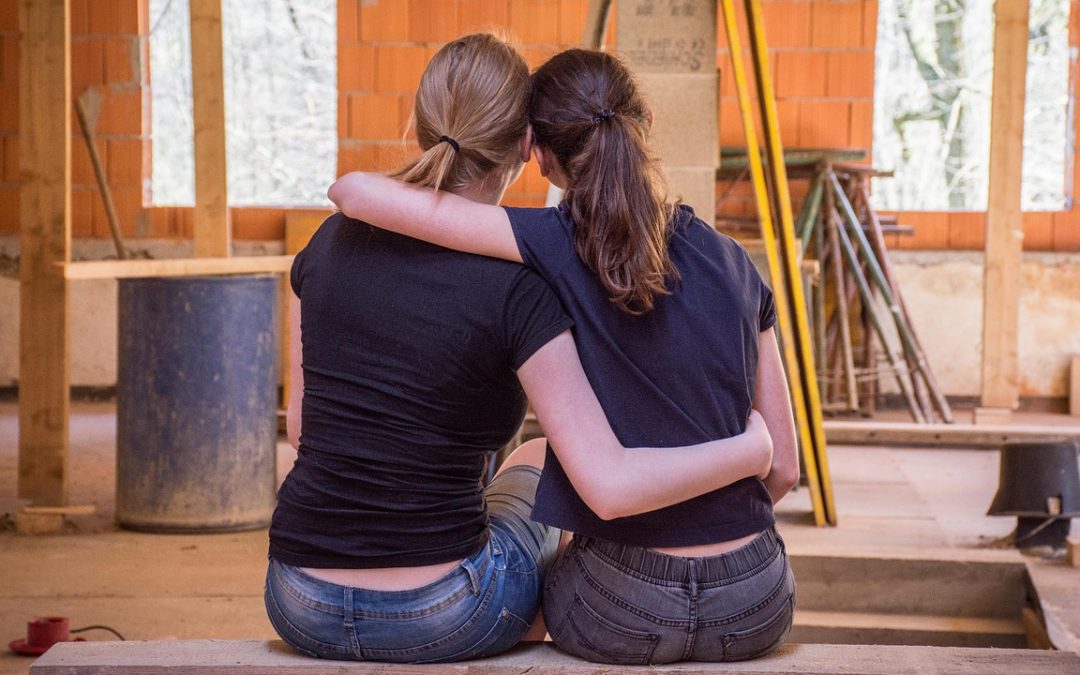 3 Tips to Consider Before You Dive Into a Home Renovation

This quick guide gives you 3 Tips to consider before you dive into a home renovation. Being organised will make the process simpler. 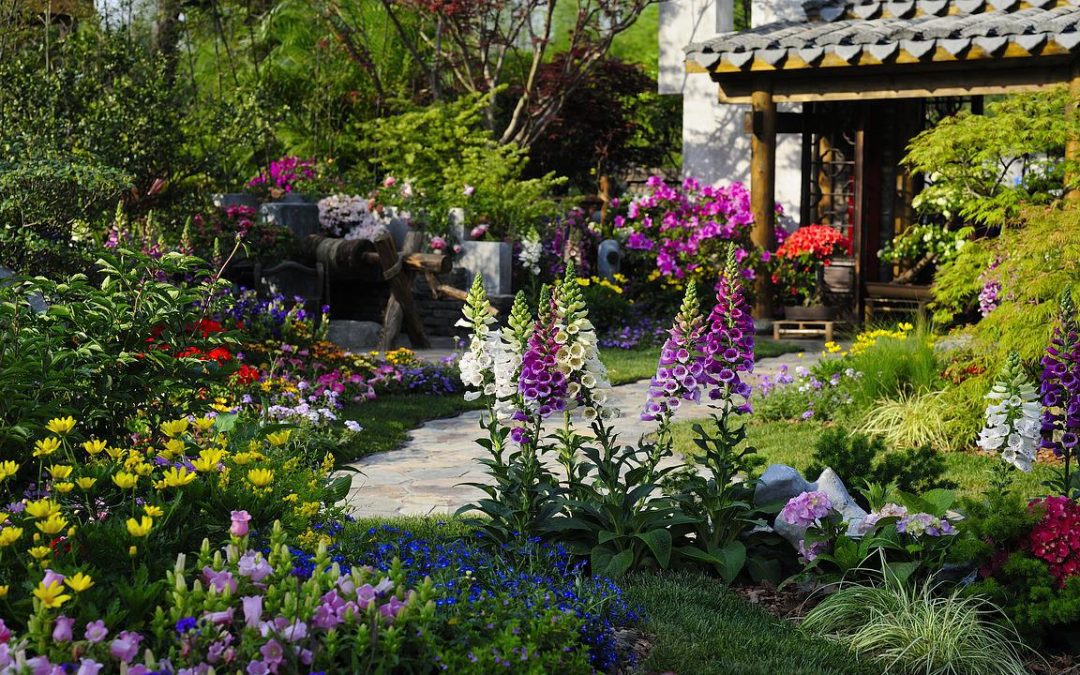 This guide gives you garden ideas to make your outdoor space appear larger. It includes everything from levels to zoning. All the tricks of the trade.