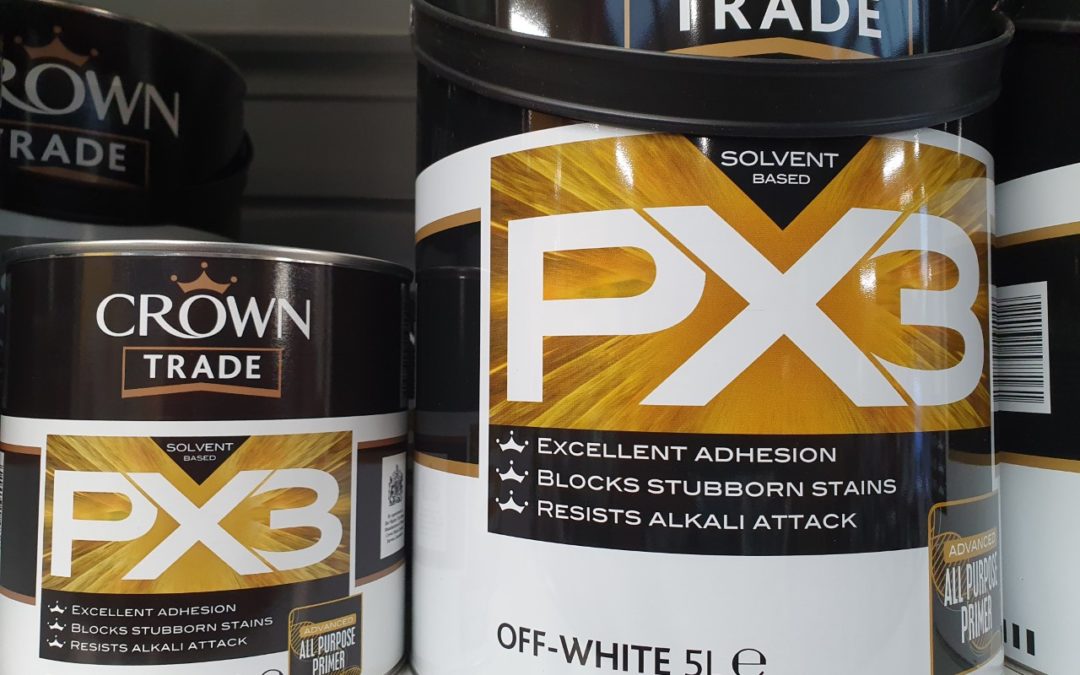 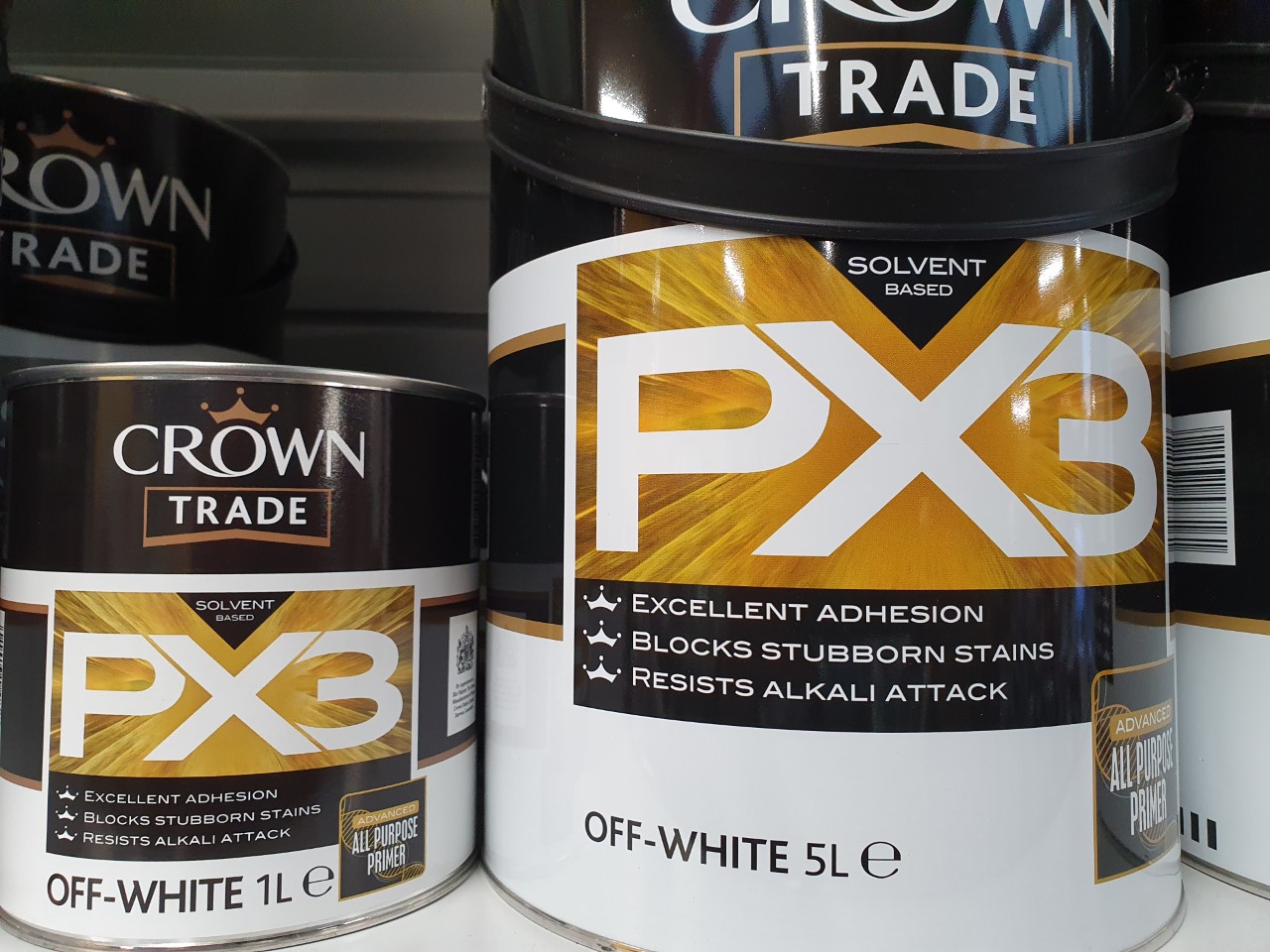 Crown Trade PX3 is a solvent based, stain blocking & adhesion promoting primer for interior & exterior use. Ideal for difficult surfaces including glass, tiles, melamine and previously painted surfaces, as well as most wood and non-ferrous metals. It also has excellent stain sealing properties and can be used on most surfaces subject to staining by smoke, crayon, tannin, water stains.

px3 come in two tin sizes 1litre and 5litre tins and is only available in an off white colour and cannot be tinted.

I found px3 to be quite thin even after a good mix up, I reminded me of the type of oil-based primer that we used to use years ago, I used px3 on some previously varnished windows and doors and I found it went on fine, but the opacity wasn’t the best. the technical information states that under normal circumstances it dry within 4 hours and recoat able after 16 hours. But I found even the next day the px3 primer was still slightly tacky and needed a little while longer to dry off before it could be rubbed down.  This is the only downside to using solvent based paints.

but the px3 performed exactly how I would expect it to do, and once it was I dry I performed a scratch test to see how it would fair and as expected, it passed with flying colours. I have also tested Crown Trade PX3 on tile and melamine and again, it stuck hard and fast.

Now comes probably the most talked about situation between decorators, do you use oil-based or water-based, and in my opinion with the px3 and px4 being identical in performance, even though the PX4 is a water-based. I would have to say I prefer the px4 as its dries so much quicker and there’s no washing out brushes and rollers in white sprit. Both are available from Crown Decorating Centres.