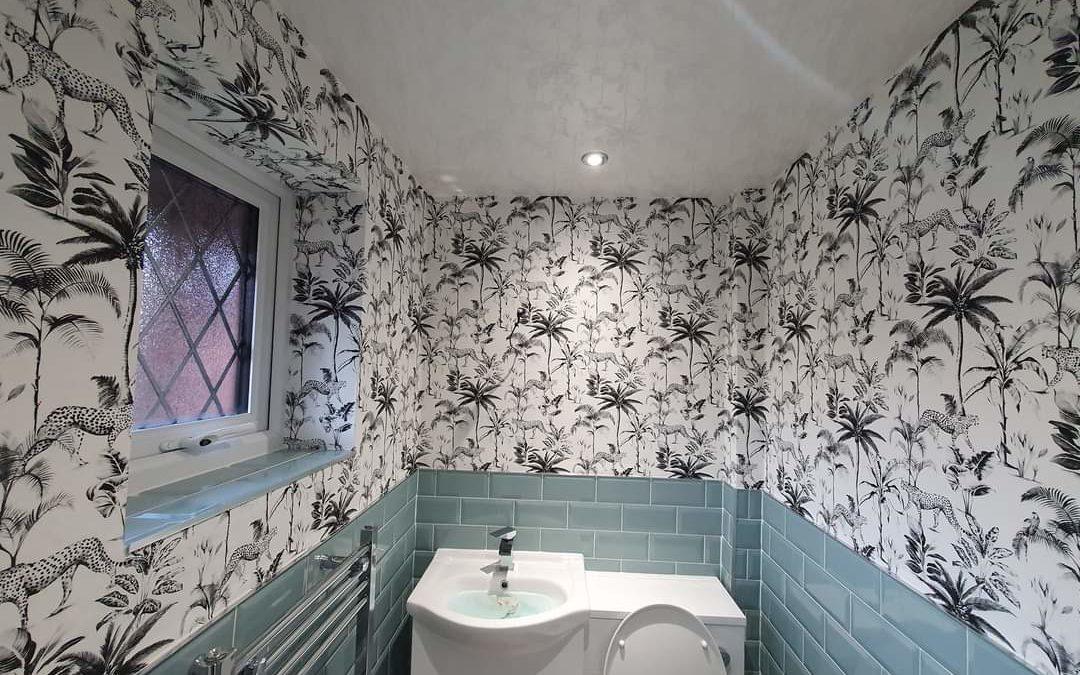 Forget your YouTube videos, here’s a good old-fashioned blog on how to draw a straight edge when wallpapering. I’ll make is “straight” forward, list three of the most widely used methods and the pros and cons for each.

A plumb bob is a bit of an old-fashioned tool now-a-days, but its something that all decorators used to use and some still do. It consists of a weight on a piece of string (yes, very basic). You pin the string to the top of the wall where you want your straight edge to be, just short enough so the weight hangs above the skirting board. The string is then completely level and you can use it as the guide for your wallpaper.

There are a couple of advantages of using a plum bob over other methods. For example, you can start to hang your drop of paper, then pin the plumb bob to the top, rather then measuring out to begin with. Once the plumb bob is attached to the wall, you just push the paper up to the line. The other major advantage is you don’t need to mark the wall in any way.

The disadvantage of this method is your straight line (the string) isn’t flush with the wall, rather a few mm out due to the width of the weight. The string is still level, but it does play with your eyes a bit when you’re trying to line up the paper.

This method is very simple, but always double check your line before you start wallpapering because it’s easy to get it wrong and run out slightly. The massive disadvantage is you’ll need to mark the wall with your pencil which can show through some papers.

At last, a more modern approach!! I use a Stanly Cubix for all my wallpapering and it’s a game changer!! It’s the more expensive option (around £40), but if you have the money then it’s well worth it. All you need to do is point it at the wall where you need a straight edge, and it gives you one. You don’t need to mark the wall, it only takes a few seconds to set up and it’s completely accurate every time.

The only issue is if there is loads of light in a room and the laser light seems a bit weak. This hardly ever happens though.

Professional decorator gives a full and honest Sandtex Masonry Paint review and compares it to some of the other products on the market.

Professional decorator Mike Gregory talks about the best way to paint metal railings. Not only will this method give you a great finish, but it’ll last too.

Professional decorator Robin Gofton gives a full and honest review of the Introduction to Spray Course at the Dulux Academy.