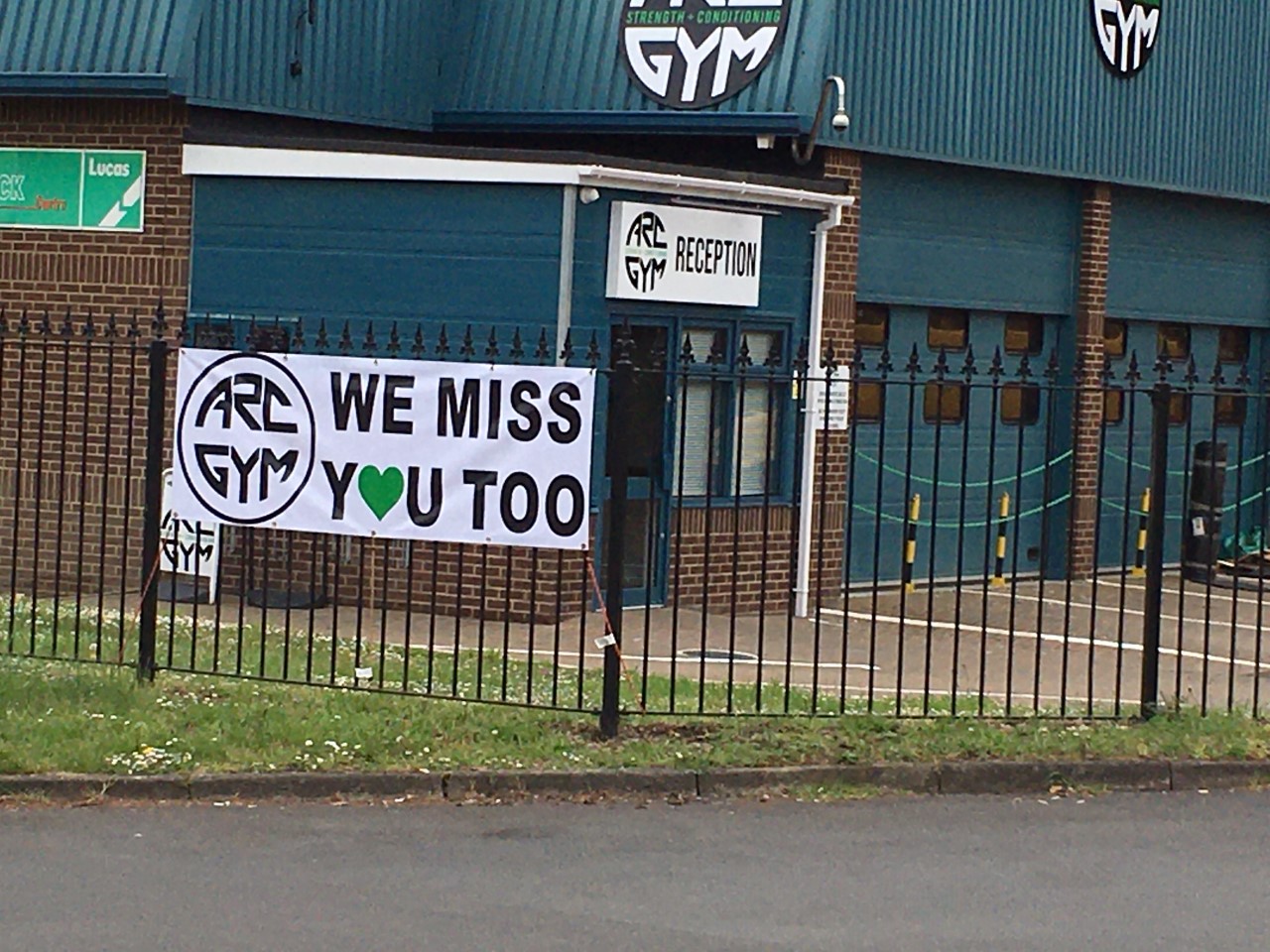 During lockdown (by the time you read this, I may have to rephrase that to say “During the first 2020 lockdown”!) I was approached by my local gym to do some decorating work for them. They were at the time closed of course, so social distancing wouldn’t be a problem. So I went to meet the gym owner, and it turned out to be a relatively small job; the gym was a converted industrial building, and there was just one wall that needed attention; it had been clad on the inside with 12mm MDF and then primed and painted, and the local building inspector insisted that it was treated with intumescent paint to make it more fire–safe. The gym owner knew nothing about intumescent paint, so he contacted me. Most of my work is domestic properties, so I knew next-to-nothing about intumescent paint(!), so I contacted my local Crown Decorating Centre. They, as you would expect, were really helpful, and called Bollom (Tor Coatings), who told us what primer and top coat we would need to buy, which we duly ordered. Sadly, that’s when the problems started. I know it was lockdown. They were probably short-staffed and so on, but weeks and weeks went by, with excuse after excuse, but no paint arrived. In the end, with just over a week to go until the gym was going to re-open, I sat down with the guys at CDC and we decided to cancel the order and try someone else, which is when they suggested Zero-Flame.  This is my Zero Flame Intumescent Paint Review.

I have to say, from that first phone call, their customer service was amazing; they couldn’t have been more helpful. I explained my problem (both in terms of the scope of the job, and the impending deadline), and they immediately worked out what product I would need, how much, and promised they would ship it to my local CDC within 48 hours. Which they did. So my first impressions of this company were extremely favourable.

The next thing to say is that the system is extremely simple. Rather than having to buy a special primer, and then a top coat which needs to be tinted, the Zero Flame system (for this situation) is basically just the primer product (see photo), which you apply to the specified thickness, and then paint over with regular emulsion (so I was able to use exactly the same paint as was used in the rest of the building, so no issues with it not matching). And also, only one tin of paint to buy – simples!

And how do you work out you’ve applied it to the right thickness? That’s simple too. The nice people at Zero Flame take your measurements, and then work out how much paint you need. You then just keep adding coats of paint until the tin is empty (or in my case specifically, until I’d used 4L out of a 5L tin).

And when the job’s finished, you simply go on their website, upload your receipt, the batch code from the tin and other information (which takes about five minutes), and in next-to-no-time you’re sent a certificate which keeps the building regs man happy. For someone who has never needed to use intumescent paint before (and possibly may never use it again), and who tries to keep as far away from building inspectors as possible, the whole process couldn’t have been easier.

OK, in use it’s not the nicest product to work with, but I’m guessing intumescent paints in general probably aren’t. If you’re spraying you need to double check that your gear is up to the job, as this stuff is thick and I think probably has a pretty high solids content. If you’re using a brush and roller, don’t imagine you’re going to get a pristine finish like you would with Optiva 5 in Mrs Jones’s living room. But this isn’t “cosmetic” paint – it’s “functional” paint. Its job is to help save lives, not to look pretty. I didn’t particularly enjoy using it, but if I ever have to use intumescent paint again, I’ll be straight on the phone to Zero-Flame, because they make the whole process as painless as possible; the customer service, ordering process, simplicity of the product and the certification are all fantastic.  You can also buy this brand from Rawlings. 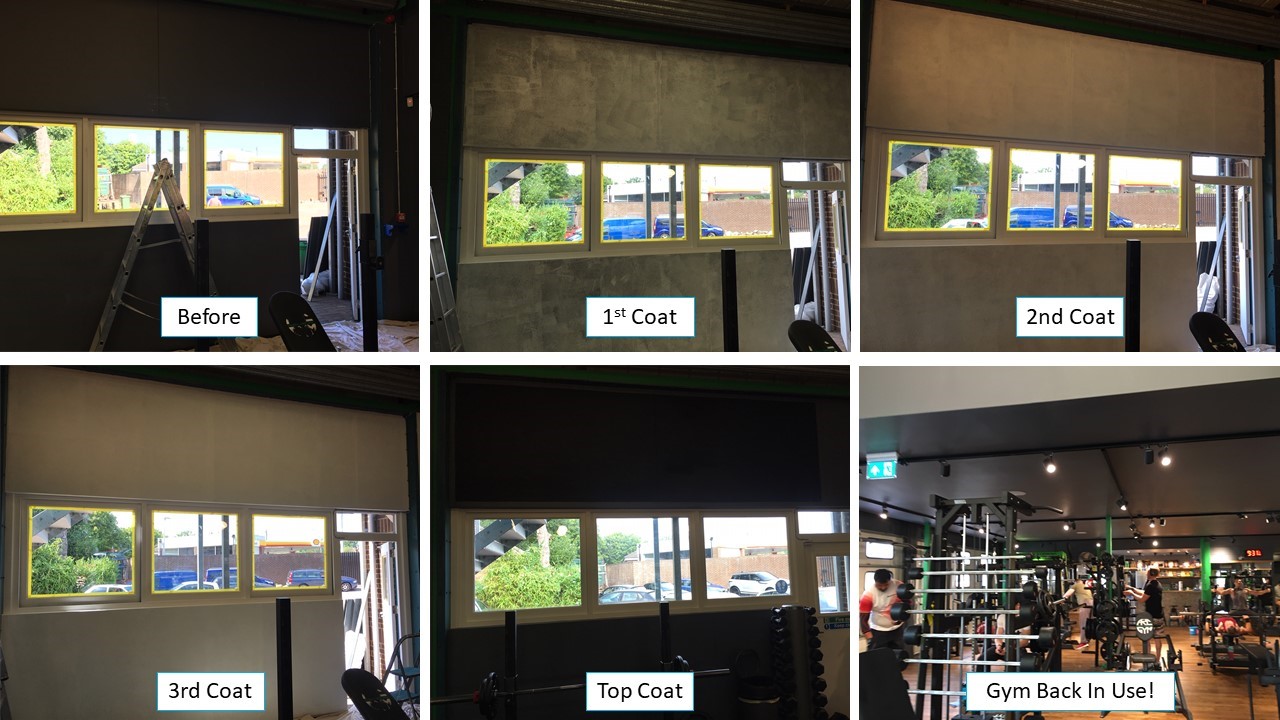 Best Wallpapering Tools on the Market

Decorator Mike Gregory gives you what he thinks are the best wallpapering tools on the market, You can use it as a guide on what tools you need.

A genuine professional decorator explains why it is sometimes better to drop your standards to earn more money in the game.

Christmas and January for a Self-Employed Decorator

Mike Cupit explains what it is like in the buildup to Christmas and during the month of January for a self-employed decorator.