A Day in the Life of a Site Basher 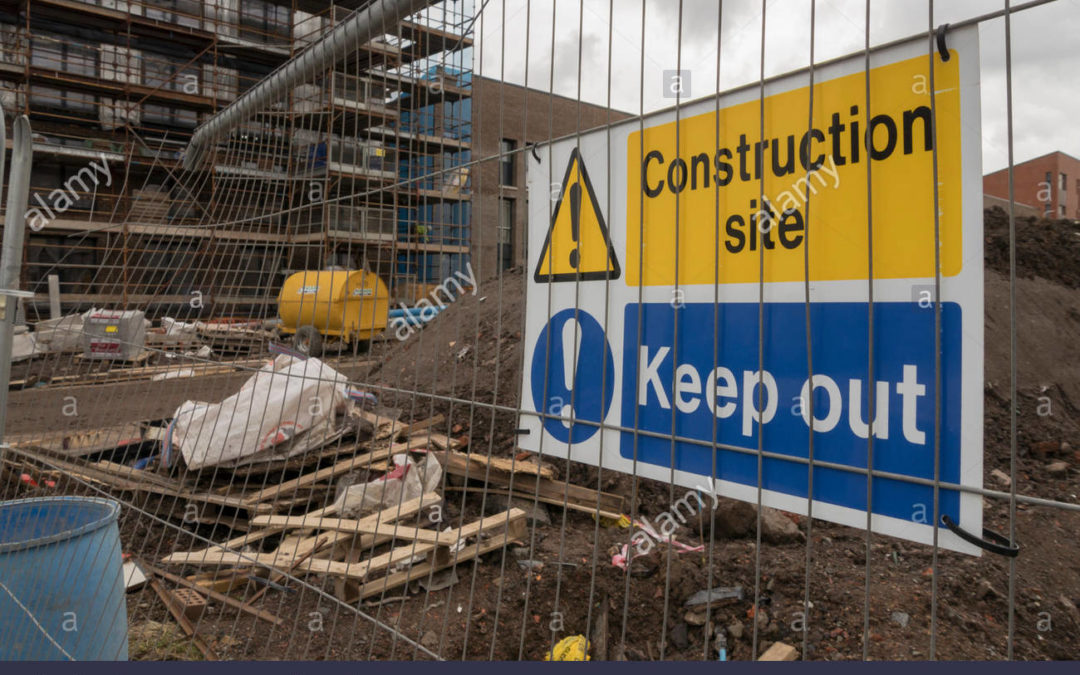 If you’re a decorator like me, you’ll know that a site basher is a painter who works on a building site. Believe me, it isn’t as glamourous as it sounds!! I’ve been a decorator all my working life and spend my time either site bashing or subbying for a commercial company. I’ve been bashing for the last few weeks and I wanted to let everyone know just what life is like for us lot. This was my day today…

I got my sh1t together and left the house at 6:30. I had an hour and a half drive to the site I happened to be on today. Bear in mind I haven’t seen the plot I’m meant to be working on, I was told by email the night before how much I’d be getting paid for it and it would be ready. Oh well, beats snagging on day rate.

Got there, had my fag and a brew and sat there waiting for some jobsworth site agent to come and induct us so we can enter the site. He was late by half an hour, that’s half an hour I’m not on the tools and not getting paid for.

It’s obvious the site agent doesn’t want to be there giving his little safety speech. He probably does the same thing every morning on every workday of his life. Half an hour later I get told my plot number. I drive down and park up.

The site itself is a sh1t hole. All new lawns and tarmacked roads, but the ground is wet and there’s still mud everywhere. There’s already a van in the drive of the plot I’m supposed to be in, which I knew spelled trouble.

For anyone who has worked on a site, no matter the trade, you’ll know prices are crap and working around other trades just slows you down. You end up working for naff all. I walked into the house and low and behold there are 2 chippies based up in the front lounge hanging doors. There is sh1t everywhere!! Shavings and tools, scruffy bastards! It’d in every room!

What follows is an argument I’m sick of having.

Me – Hi lads, I was told this plot was ready and I had to start today.

Fat chippy – Sorry mate, we’ll be here all day. What room do you want to start in.

Me – I’m on price. I need to work through the whole house from top to bottom. All the ceilings, all the walls, all the woodwork.

Fat scruffy chippy – Mate we’re f**king working in here. You don’t need the whole house at once. You can have the kitchen and the bedrooms.

Me – It’s no good lads, I need the whole plot in one hit.

Fat scruffy d1ckhead chippy – F**k’s sake mate, we’re truing to make a living too you know. Fine, we’ll just work round each other.

Me – Right, I’ll base in here. Any chance of sweeping up some of your mess?

Skinny chippy chirps up – It’s not ours mate, must be the other lads. Just go find a labourer.

After about 20 minutes of this crap, I’m off to find the site agent to sort this out for me. Takes me 45 minutes to track him down. I have a moan, he doesn’t want to hear it and he finds me a labourer. It’s gone 10 at this point, I’ve been on site for 2 hours and earnt exactly nothing! Pissed off!

Believe it or not a tiler turned up to do some work in a bathroom about an hour later and it all kicked off again. You learn quickly on site to stand your ground.

I get around £600 for a 2 bedroom house. It’s all misted out and all the materials are supplied (contract matt and oil gloss). To make it pay I need to be in and out in a week. That includes any time wasted by the bad management of the site, drying times being halted because the heating may not be on, cleaning up other trade’s mess and a few hours snagging after the site manager has had a mooch at the end.

First day I do all my caulking and filling on the woodwork. I fill flush where possible, so I don’t need to sand. Caulking is done properly because it’s the one thing they get a hard-on about.

Second day its 1 big thick coat on the ceilings. As I’m going on I dosh in all the woodwork with the same white. Whatever I’m painting gets loads of product with a big brush or roller. I generally get a good head start on the walls too.

Third day it’s the walls (maggy contract). Spot prime and 1 big thick coat on everything. Dosh right onto the woodwork.

That leaves me a day and a half to finish the walls and get a coat of gloss on the woodwork. Then I just need to get it snagged and signed off. The place looks sh1t, but every trade is the same. I don’t even use an undercoat most of the time.

The thing is, I know it’s going to look even worse by the time it’s handed over to the new owner. Other trades come in putting things right and they wreck everything. Sparks are the worst, but tilers and chippies can be just as bad. They come in, f**k everything up, then we come back and just patch little bits. The paint flashes and you can see where we’ve been. Often we’re working over carpet by this point.

So, the work is sh1t, the conditions are sh1t, we get treated like sh1t and we’re the lowest paid trade on site. Not only do we put up with all of this, but then we go on Facebook in an evening to be accused of not being a proper decorator!! It’d just a product I produce to fit the market. I don’t decorate like this in my own house!!

Crown Paints continues its support of local community projects through these unpredictable times with a series of paint donations across the UK.

Professional decorator Robin Gofton gives a full and honest review of the Introduction to Spray Course at the Dulux Academy.

Professional decorator Robin Gofton gives a full and honest review of Zero Flame Intumescent paint after being asked to decorate his local gym.

A Day in the Life of a Site Basher