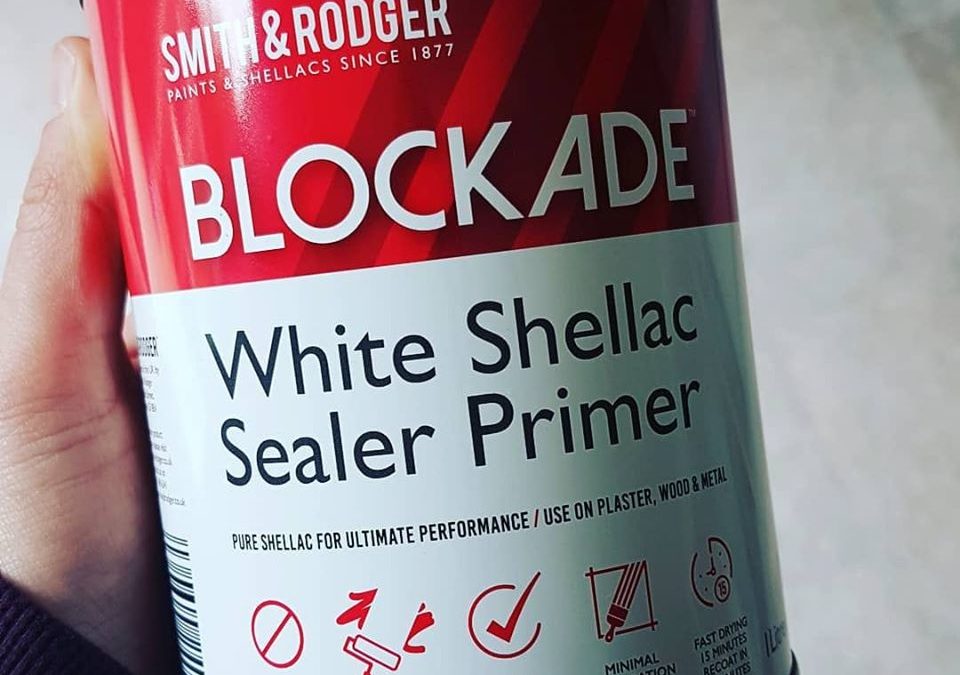 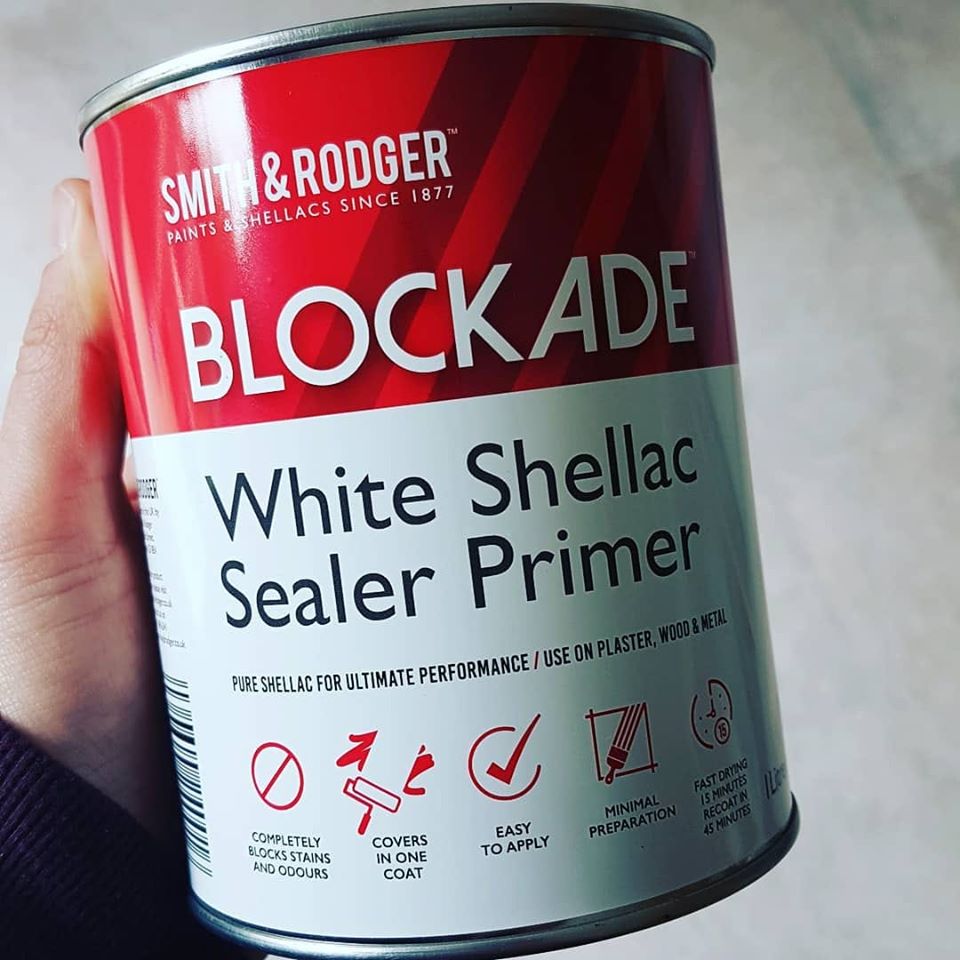 Smith and Roger Blockade is a shellac based primer designed to adhere to difficult surfaces such as tile, varnish or gloss paints. You can also use it on hard-to-paint surfaces such as metal, drywall, plaster and porous wallcoverings. As well as great adhesion, it is the mother of all stain blocks!! It will block out anything from nicotine, water marks, knots, permanent marker and just about anything else.

Touch dry in 15 minutes, recoat time is around 45 minutes. Dilute and clean with methylated spirits if you must, but it may be easier to buy cheap brushes to throw away after use. Blockade isn’t really a finish coat. You would use Smith and Roger Blockade to solve a problem before painting over it with something else. The industry rivals are Zinsser BIN and Coo-Var Prime All. This is my Smith and Roger Blockade review.

Zinsser BIN has to be the benchmark. It was the original shellac based primer and is still the most wildly available. Smith and Roger Blockade is a relatively new contender, but how does it compare?

One of the negatives with Zinsser BIN is the strong odour.  It hits you as soon as you take the lid off and it can get a bit much when working on a large area or a confined space. Smith and Roger Blockade is much easier going on the nose. It is a noticeable difference and as a decorator, that helps both me and my clients.

There are a couple of other differences too. It is much easier to keep a wet edge with Smith and Roger Blockade. I did some glass panel doors recently and it was the perfect test. With Zinsser BIN you can have a problem with agitating a semi-dry paint surface when cutting in around glass. Blockade is much easier to use.

Also brushes!! Don’t get me wrong, all shellac based primers are going to wreck your paint brush, but you get a lot more use out of a brush in blockade than you do wither of its rivals.

So, in conclusion, Smith and Roger Blockade is much better than Zinsser BIN. It does all the same jobs, but it isn’t a nightmare to work with. The best place online I have found for Blockade is TopDec Brush, but it is starting to pop up everywhere. I believe it’s in the Paintshed and Crown Decorating Centres too.

Decorator Nicola Lewis is now an award-winning designer and collects an collects eye-catching prize thanks to the Dulux Academy.

Dulux Paint Expert share a few hints and tips for Future-proofing your business during the Coronavirus lockdown, Take advantage of the time on your hands