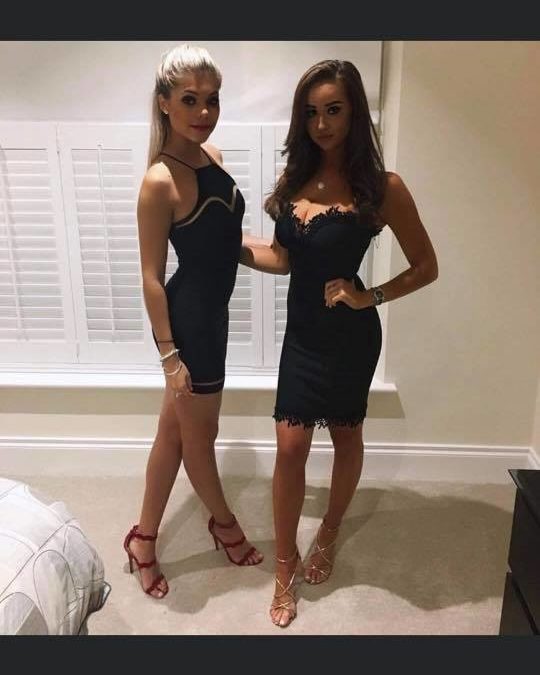 Could a Nutcase Customer Damage my Business??

Bit of an odd one – I worked in an area with no signal yesterday, but when I finally got a signal, I had 5 missed calls and 3 voicemails from a old lady I did about 3/4s of a day’s work for around 3yrs ago.

Basically, had a call originally from her asking for loads of decorating to be done urgently, so I told her my day rate as she wanted to pay that way.

Halfway through the day she kicked off saying she wasn’t happy with our day rate and wanted to use an old decorator for £50 per day. I just said fine, got the lads to pack up and left. Later on that same day I had a call from the woman ranting because we hadn’t finished an area of the hallway. I explained that because she was not happy to pay our day rate, we couldn’t carry on. That said, I sent two guys back to appease her for half day a day.

Anyway, yesterday she was literally going mental saying she is going to destroy my business because we didn’t completely the job. Could a nutcase customer damage my business??

Also stated she withdrew £800 from the bank on this day and paid me in cash.

All utter lies!! I actually only got enough to cover paint. I think it was around £180.

But that aside, she reckons she is going to do everything in her power to cause me problems because “I don’t realise who I’m dealing with” etc 🙄😕😡

You literally couldn’t reason with her or make her see any sense at all!! But obviously from a business point of view, I don’t need the sh1t! I have never come across anyone like this in 20yrs .

What would you do??

Thoughts or experiences of nut job customers. Maybe the people on the Forum could help? 🤔🙄

Milton Keynes charity Receives this Custom Shelter from Tesa. Children at Ride High will now be able to take advantage of the donation.

Floor & wall protection and prevention from the spread of germs is essential for some public buildings. Coo-Var Guard-Coat is the perfect product to use.

CVC Decorators shows their support to local football with sponsorship of Crystal Palace. What a great way to celebrate with the community.

Crown Paints a brighter future for a homeless charity in South Gloucestershire by supplying paint products for the full refurbishment of a local hostel.

Dulux Decorator Centre is a well-known industry leader and scoops gold in what is a landmark year for the organisation. Full story here

Apprentice Decorators on the Road to Shanghai

Apprentice Decorators on the Road to Shanghai     Three former Apprentice Decorator of the Year finalists have begun training to compete on the global stage as they prepare to take part in the WorldSkills Shanghai 2021 as part of Squad UK. All three competitors...
Read More

Bangnalls, a Yorkshire-born national painting contractor, celebrates a whopping 145th Years in business. What an achievement!!

Dulux Decorator Centre keeps community at its heart supporting local charities across the UK   Garden therapy sites in Birmingham, outdoor play areas in London and beach huts in Brighton have all been transformed using the power of colour as part of a year-long...
Read More

Could a nutcase customer damage my business