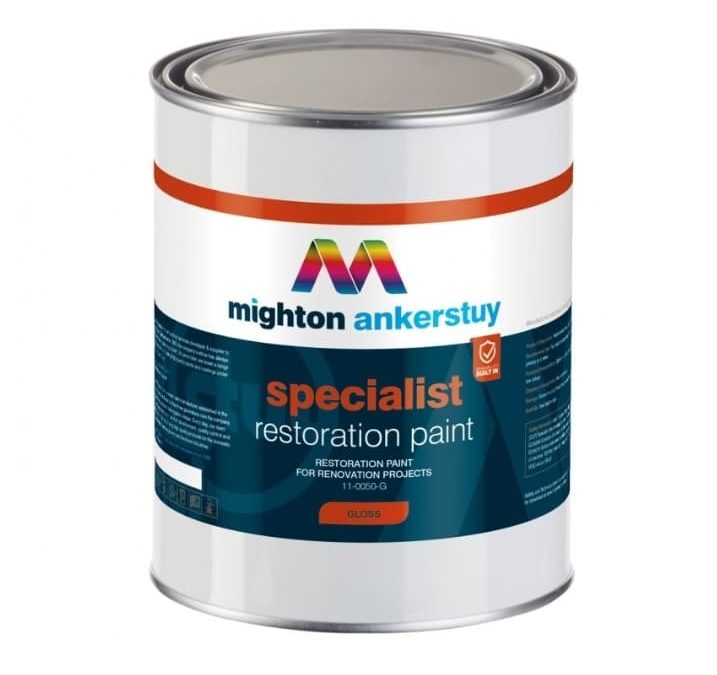 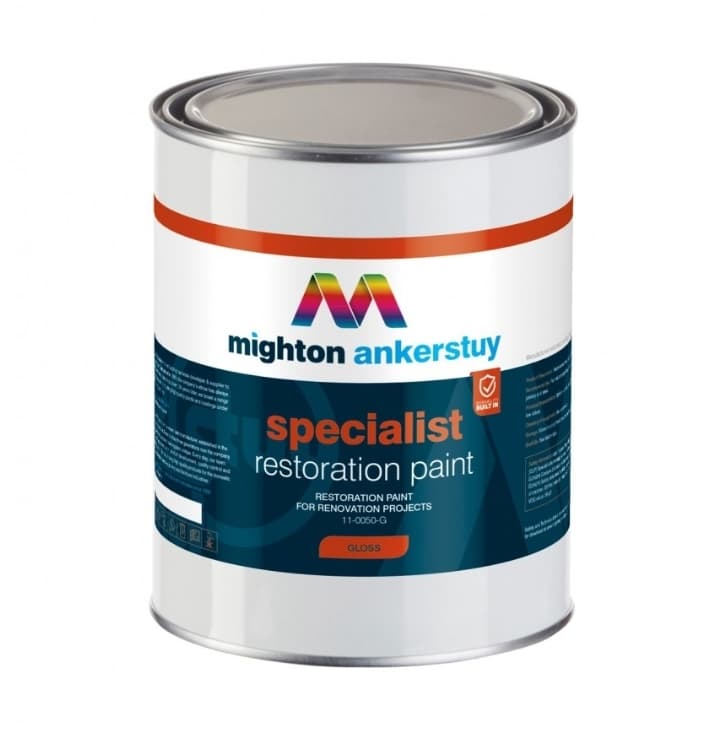 A high opacity opaque that is nice to use and gives a great finish like oil.

Water based so quick drying

Have to keep an eye out for runs

24-hour re coat time (like Sadolin SuperDec and other opaques)

You have to order it online.

I was recently given 1L of ‘standard white opaque restoration topcoat’ to test out and review for a company called Mighton Ankerstuy. Mighton are a company who specialise in manufacturing products specifically designed for timber sash and casement windows, one of the products being paints.

Due to the time of year I received the paint (December) I didn’t have any exterior jobs to try it on. But I thought I would try it out at home interior to get the feel of the paint and still test the performance on usability, opacity, drying times and finish.

I decided to repaint the woodwork in my kitchen (as it was long overdue), so after all the usual prep it was ready to paint. My first impression I got when opening the tin was the smell. Even though it is a water-based paint, I’m almost certain it is a hybrid of some sort as it has got a distinct oil smell to it. I gave the tin a good stir and started applying the first coat. I was highly impressed by the opacity as it seemed to cover almost entirely in one coat. After the first coat I did notice on vertical surfaces (door frame) a few runs had started to randomly appear (like how Dulux diamond satin does) even though I ensured I hadn’t put it on too thick and was an even coat. It seemed to be touch dry within 30 minutes but on the spec it says 24 hour re coat (which is the same as Sadolin Superdec which not many people stick to) so I left for the next day before re coating

The second coat went on great like before and I was shocked by how good the finish was. It was bright white, a good sheen and it had levelled out just like an oil, especially on the windowsills. I decided to test the durability/adhesion on 2 occasions (later that day and a few days later). The first scratch test it did feel tough but could still scratch it off with my nail, but this didn’t put me off as I know that water-based paints usually take up to 7 days to fully cure. The test I did a few days after was impressive, it was tough and wouldn’t budge and seemed equivalent to the durability of oil. 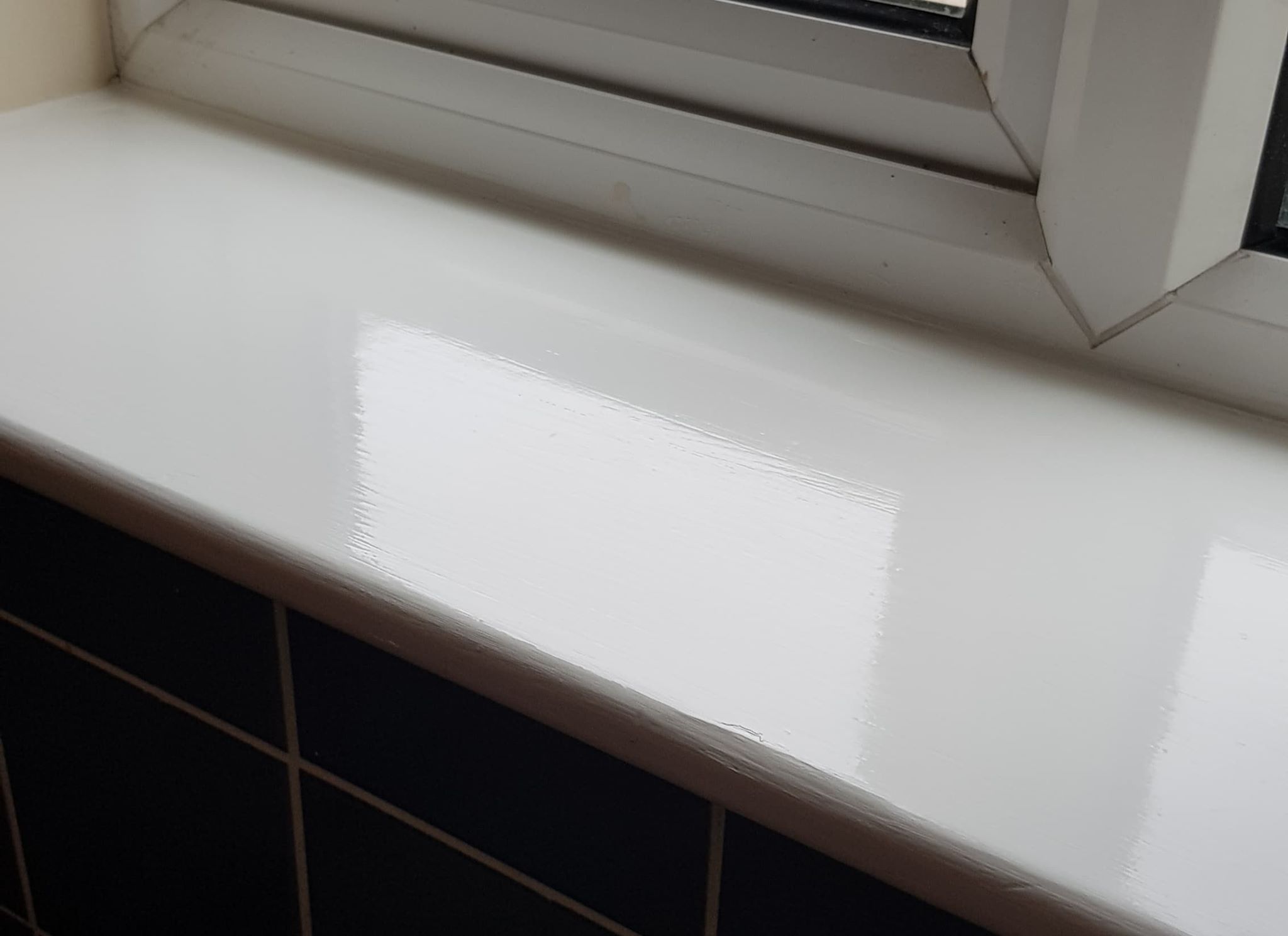 After trying Mighton Ankerstuy’s standard white opaque restoration topcoat I can safely safe it’s the best opaque I have used and will definitely be using it this summer on exteriors.

Decorator Pete Wilkinson talks about the uncertain times around the Coronavirus, including how it has affected himself and those around him. Stay safe!

Dealing with the Customer from Hell!!

Professional decorator Darren Webb is dealing with the customer from hell. He’s seriously considering telling the silly cow to do one!!

How to Reassure Your Customers During Coronavirus

Professional tradesman Les Bamber talks about how to reassure your customers during the coronavirus outbreak in a bid to protect your business.

Professional decorator Steve Cutbill went to price a small job and found an absolutely disgraceful standard of plastering. Not good

We love picky clients, but Why?

Do you avoid picky clients, or do you love them as much as we do? As long as you have an understanding of a client’s expectations, you’ll be fine.

Professional decorator Mike Cupit explains when you should use Zinsser Gardz before applying wallpaper to a room. Is it worth it?

Professional decorator Alan Saddler agrees mate’s rates and almost ends up having a fistfight with a customer. Horrible situation to be in!

Professional decorator Andy Scott has a very valuable bit of advice for anyone in business. don’t waste time on paperwork!

Slow Things Down Get More Done

Professional decorator Andy Scott comes up with a peach of an idea! Slow things down get more done. That can’t be right can it?