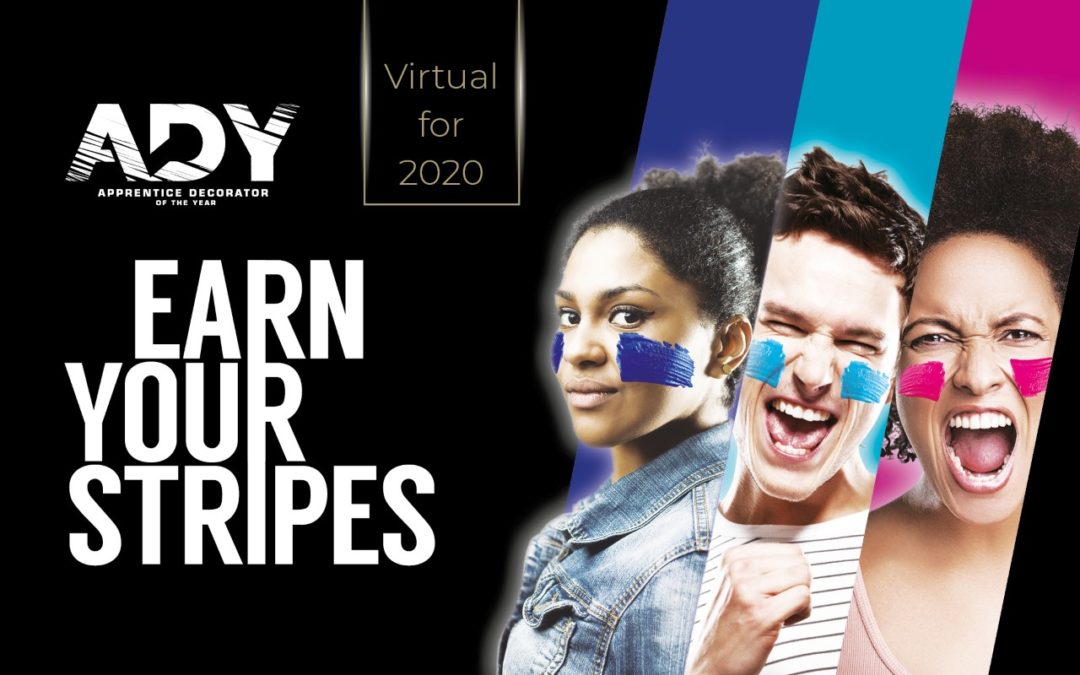 Earlier this year, it was announced that the 2020 Apprentice Decorator of the Year competition, which Crown Paints has sponsored for over 40 years, was being put on hold due to the COVID-19 outbreak.

While that means that the best and brightest apprentice decorators won’t get to shine in front of the judges at the Skillbuild UK final this November, Crown Paints has decided that up-and-coming decorators should still have the opportunity to show off their skills to the world!

That’s why the leading paint manufacturer has launched its own virtual Apprentice Decorator Challenge, which any apprentice can get involved with, from the comfort of their own home or college.

Crown is releasing details of what would have been this year’s regional design for the Apprentice Decorator of the Year competition and asking budding decorators to have a go at tackling the tricky artwork using the skills they have learned as part of their apprenticeships. Apprentices simply need to shoot a quick video of themselves with their finished design, talking the judges through how they approached the challenge, and send it to Crown Trade via social media. Alternatively, apprentices can submit photos of their finished design along with a brief explanation of what they found most challenging and how they tackled these parts of the piece.  All those who take part will receive an ADY goodie bag as well as feedback from the judges.

To help with the challenge, ADY lead judge Kevin O’Donnell has produced a helpful video about some of the techniques apprentices will need to have mastered in order to complete the design.

What’s more, Crown Paints is giving younger children a chance to get involved this October half-term break too – parents and carers can download a colouring-in sheet from the Crown Trade website based on the 2020 ADY design, which kids can complete and submit via Crown Trade’s social channels for a chance to win a prize.

Commenting on the challenge, Kevin said: “This year has been tough for apprentices, who have had to adjust to new ways of working and learning. The Apprentice Decorator of the Year competition being put on hold means that they didn’t get the chance to pit themselves against the very best new decorators in the industry, but rather than let what would have been the final go by without acknowledging their hard work, we wanted to give talented apprentices the chance to share their skills with the industry. I hope as many painters as possible will get involved!”

Half of Brits Set to Spend £47 Billion on Home

Half of Brits Set to Spend £47 Billion on Home Improvements in 2021     Each British household is set to spend an average of £6,531 on home improvements Grey revealed as top home improvement colour in 2021 Safety is biggest issue stopping Brits from buying...
Read More

Dulux Trade unveils the ultimate in scuff resistance with new Scuffshield, an emulsion which is up to 3 times more scruff resistant than durable matt.

Crown Paints continues its support of local community projects through these unpredictable times with a series of paint donations across the UK.