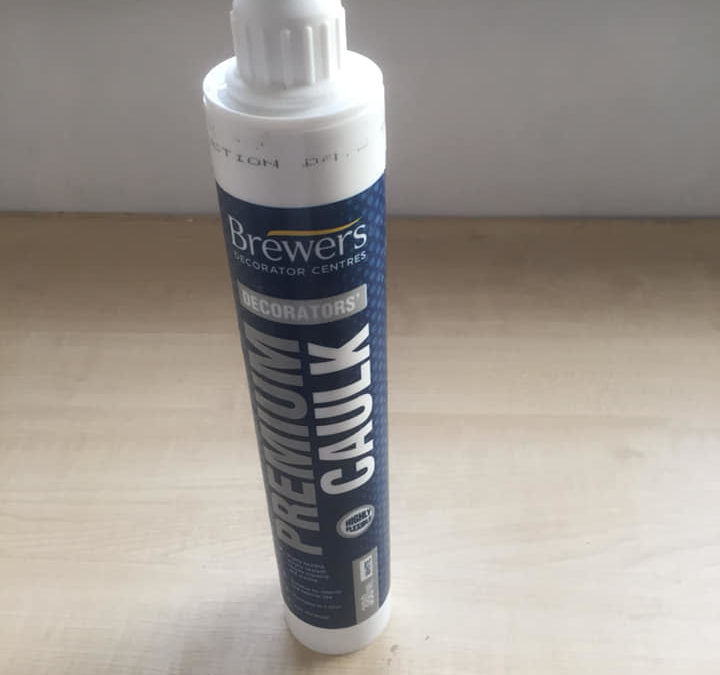 Who is at fault??

I just wanted to share my nightmare that I had with Brewer Premium caulk. I wanted people’s opinions on if I should have been compensated for the faults or it was just my error…

So, I recently decorated 3x massive 4 bed newbuild houses in which I normally spray newbuilds (apart from final coat on the walls). You can see my usual procedure here on ‘How to spray a newbuild house’.

On newbuilds (or any other jobs) I make sure I spray over caulk with the primer and topcoats before taping off the woodwork to ‘prime’ the caulk to stop it cracking and finish the walls after. On this job I had finished 2 of the 3 houses before the builder picked up a problem.

The Brewers premium caulk had discoloured every caulk line on 2x of the big 4-bedroom newbuild properties that I am decorating. To give you an example of the discolouration and size of the property see the pic below. 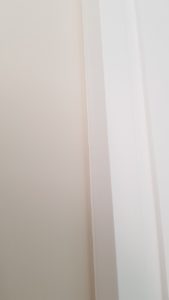 So I spoke to my local Brewers  rep about it and he agreed to come on site to have a look. When he visited, he agreed that there was a very visible problem, he tried suggesting the cause was a few different things (walls being damp, caulk not primed, painted too soon) all of which was not the case and I proved otherwise. I explained I knew all the precautions on preventing caulk problems and sent him an article I had written about caulk problems last year. I said that now I was left to stain block every single caulk line in both houses, re cut in the emulsion and satin. Not only costing me a lot of time but also materials. He assured me that “he would get it sorted, and I would not be out of pocket” and not to worry.

When he got back to me, he quoted a reply from Siroflex (who make the Brewers premium caulk) saying the caulk is not at fault and that
“only a very small number of paints may discolour” with the caulk, and that I should have done a compatibility test. I then did a complete compatibility test with lots of caulks and lots of paints And published an article about it. The brewers premium caulk discoloured with EVERY brand of paint I tested, so it seems it’s not compatible with any, not just a ‘small amount of paints on the market’. Funnily enough the new Brewers ‘ultimate caulk’ came out top, but on the tube of the new caulk it states ‘will not discolour paints’ which clearly shows they knew there was a problem with their original Brewers premium caulk.
I shared the test results with the Brewers rep saying the premium caulk clearly was at fault, as not only did it discolour all vinyl matt’s, but on site the caulk was primed with acrylic undercoat and diamond satin first, and the caulk discolouration still came through them AND STILL discoloured the vinyl matt.

The Brewers rep replied to me as if I was some novice decorator that didn’t know how to caulk and gave me some tips for caulking, pretty much covering all the things from my article that I wrote to prevent cracking of caulk, saying that I needed to “prime” the caulk first. Which I was fully aware of and the problem wasn’t caulk cracking, but discolouration.

I had a follow up call from the Brewers rep after he had heard back from the manufacturer of Brewers premium caulk (SiroFlex) and they still insisted that there was no fault of the caulk, and because of this there will be no further action taken by Brewers.
To put the problem right its cost me 3 days labour, 3L of BIN, 5 litres of vinyl matt and 1L of diamond satin. I am disappointed at the lack of help I have had from Brewers. I can personally say I would avoid this caulk at all costs.

Know your value a nice reminder

Know your worth as a decorator!! Just because you are not valued in one area, doesn’t mean you won’t be valued elsewhere. This is a nice reminder of that.

Achieve an Outstanding Finish with Expression

The Expression range from Hamilton gives you everything you need to achieve an outstanding finish on any decorating or DIY job.

A Decorator Affected by Covid-19

Colin Hooper is a professional decorator struggling after catching the Covid-19 virus. Read about how it has affected his life.